The roaches appear to be gone. We haven’t seen one in over a week; and have begun using the dishwasher again without mishap. It’s a slow journey back to recovery for some of us–OK, for me. I still jump backwards every time I open a drawer, shriek at the stray  raisin, and squeal at every shadow, but at least I’m in the kitchen. And cooking, even. After a month of eating takeout Whole foods salads and microwaved Trader Joe’s burritos, it’s nice to have home cooked food again. Although I did enjoy the burritos profusely. I could eat one for every meal and be pretty much fine.

I’m a routine eater, like my child. Left to my own devices, I’ll eat the same thing over and over again, happily, for years on end. When Mike and I started dating I had one type of food in my kitchen: an obscure brand of organic turkey chili. Of course, I had enormous quantities of it, but that’s because I ate it for pretty much every meal. I used to clear the shelves of it at Whole Foods. Until Mike and I started dating. At that point I slowed down on my consumption, and soon after discovered that Whole Foods had stopped carrying it. I soon realized that I, and I alone, had been keeping that chili company in business. It was hard to contemplate the jobs lost, the lives disrupted, simply because my love life had taken a turn for the better, but it’s a guilt I’ve learned to live with.

I digress. The point is, I could eat TJ’s burritos for every meal, but because the roaches are gone I don’t have to. It’s luxurious to have the choice. Plus, Mike would rather shoot himself in the hand with a nail gun than eat a frozen burrito for dinner once, let alone ten times; if we’re going to dine together, I have to be willing to expand my menu.

Speaking of expanding menus, I forgot to give Mina her Frontline last month, and now she’s infested. This means that in the last month we’ve had roaches, ants, and now fleas. All of them killed with pesticides. This makes me wonder, first, if we’re going to get cancer, and second, if some new type of bug is going to come into our house to eat all of the insect corpses we’re generating. I really can’t think about this, though, because I’m too busy worrying that MJ is going to get bitten by a flea and come down with the plague.

When I don’t think about that I dwell on Donald trump and become sick with fear.

And when I’m not incapacitating myself thusly? I’m planning MJ’s 7th birthday party.

This is a source of stress, too, as she’s decided she wants to have a “falconing” theme. What this means, in her little, curious, brain, is that she and her friends will hold stuffed birds, wear gloves, and run after “flesh-colored” bags filled with “carrion candy.”

What it means to me is planning hell. Let me tell you, falcon-related party favors are not a thing. There are no falcon plates, cups, or napkins. No falcon toys. No falcon anything. Google falcon party. You’ll see. Get ready for a lot of Angry Birds.

I went to Michael’s today to find flesh colored bags. There I thought for sure I’d at least find some falcon stickers to put in with the candy. After all, Michael’s has stickers in every possible theme: beer, Ireland, dalmatians, snorkeling! But not, it turns out, a single bird sticker of any kind. Except for owls. Since bringing owl stickers to a falconing party is sort of like bringing a kielbasa to a PETA brunch that’s not going to help.

I decided to try my luck in the plastic toys section. There I found packages of dinosaurs, fish, horses, kittens, even vegetables! Vegetables? Surely there would be a falcon set. Or at least a bird of prey collection. Eagles? Birds of any kind? A god damned chicken? Nothing.

So, aside, from the “find the flesh bag” game, plus an amorphous activity called “pin the falcon on the glove,” we’ve got nothing. I did, though, find a bakery that will make me a falcon cake–for an indecent, breathtaking amount of money. The sort of John-Edward’s-Haircut amount that would quickly take down my career if I were a politician.

Other than the cake, though, this party is going to be about as falcony as a DAR potluck. Which is to say, not at all. Hopefully the kids will bring their imaginations, because they’re going to need them.

In the meantime? I am dreaming of “days after.” The day after the party, the day after the election, and maybe—should Trump win—the day after the apocalypse, when the roaches will emerge from their hiding places, nibble on falcon cake, and say “who needs a theme? We own it all!” 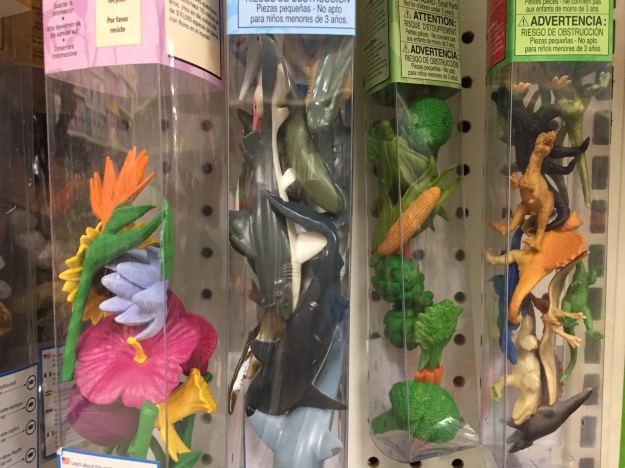