Note to self: next time you’re in a mid-life crisis, do not pick up a Diane Keaton autobiography. I repeat. Do. Not.

This time it’s too late. No one warned me. And now I’m fully depressed.

Yes, I finished it. And no, it wasn’t bad. Not in the typical sense of the word. Rather, it was just, well, miserable. I slogged through the whole thing thinking, simultaneously, “she can actually write,” and “please let it end.” I feel sorry for Keaton. She sounds regretful about just about everything. In ways I somewhat understand, which only makes it worse. Now I feel sorry for myself.

The point being: if I jump off a bridge tonight and leave a crumpled note saying something like “it all ends in tears! Or at least Alzheimers…”

Of course I won’t jump off a bridge. Mostly thanks to Mike. He was able to pull me quickly out of my post “Then Again” ennui, and all it took was one line.

Right after I’d finished it, I walked into the kitchen looking sadder than Eeyore on quaaludes.

Mike turned from the pizza he was making with MJ. “Look. Most people suffer everything she’s suffered, but didn’t get to sleep with Warren Beatty.”

And with that thoughts of the bridge quickly receded.

Incidentally, the pizza Mike made was heart shaped. It ended in crumbs, of course, but while it lasted?

It was pretty damn good. 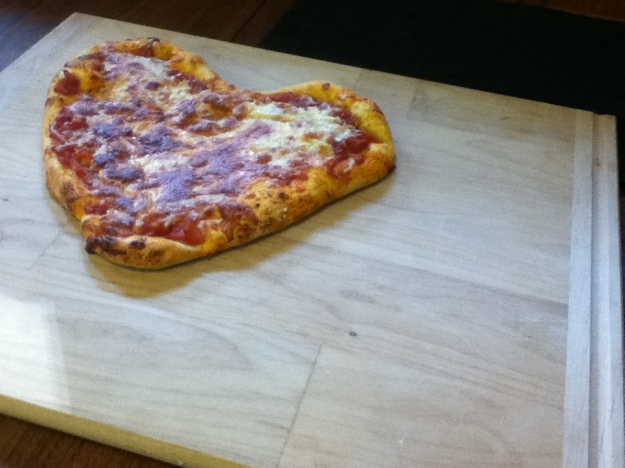