To be added to the list of things perpetually underfoot at our house: the humble pipe cleaner. Or not so humble, depending on whether or not MJ has dressed it up with beads from Michael’s. I’m telling you, the fucking things are everywhere. She calls it “decorating.” I call it wanton destruction. If there were such a thing as a pipe cleaner bomb we’d be casualties of it here.

Mike thinks it’s cute, so he aids and abets. (He is, after all, an MFA.) Thus, the pipe cleaner “installation” hung near the ceiling in our kitchen. Very funny, honey. May I remind you: that’s where we’re supposed to have a smoke alarm? In the event of a fire I think your little joke may come to seem a bit of an ironic folly. I’m just saying…

Of course I could clean it all up, but they’d only re-appear tomorrow. So my approach? Blog about it, then ignore.

Until one of them punctures the sole of my foot. Then we’re talking war. 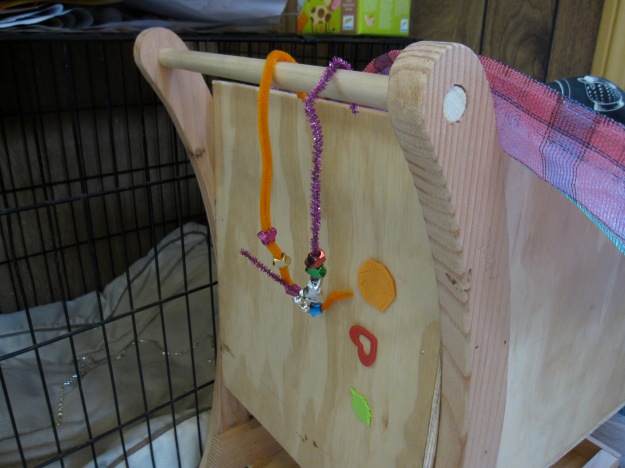 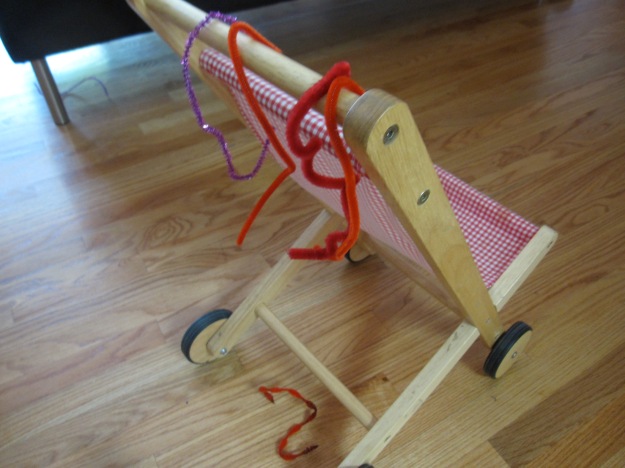