I was standing in the kitchen this morning loading my dishwasher when it came to me. Like a bolt of lightning. A visitation from cherubim. An Annunciation.

“You have the oldest working dishwasher in the world.”

Just like that. The voice resounded and shook, a subterranean train pulling into the crumbling, elevated station of my brain. As I thought it, moreover, I knew that–unlike so many other of my fantastical and hyperbolic thoughts–it was true. The voice was speaking the Gospel. Of appliances, at any rate. I had finally, finally excelled at something.

We have the oldest working dishwasher. In. The. World. 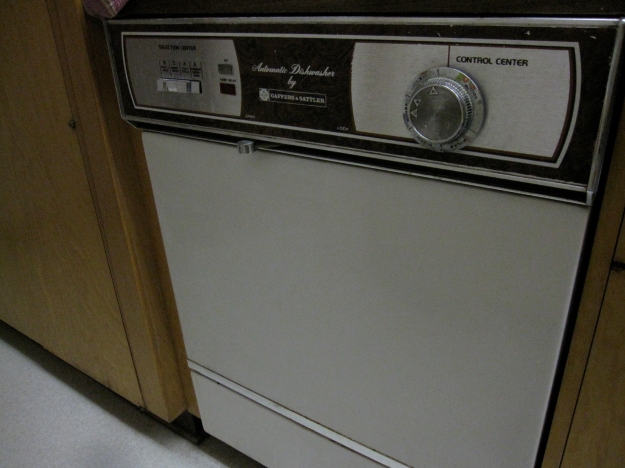 I know. I’ve remarked upon our old appliances before. But I don’t think I really stopped to acknowledge the utterly antediluvian state  of this one in particular.

It’s made by Gaffers and Sattler. Notice there’s no link to their website. That’s because they don’t exist anymore. And they didn’t go out of business a year ago, folks. Try forty-three. Forty-three years ago. Or that’s when, according to this quite interesting and totally random website, they were subsumed by Magic Chef. (Who was acquired by Maytag in 1986). So this dishwasher is at least 43 years old. But it could be more. Much more. I’m guessing, by the graphics in its owners manual, (which, thanks to the OCD of the previous owner of this house, we still have), that it came out in the fifties. 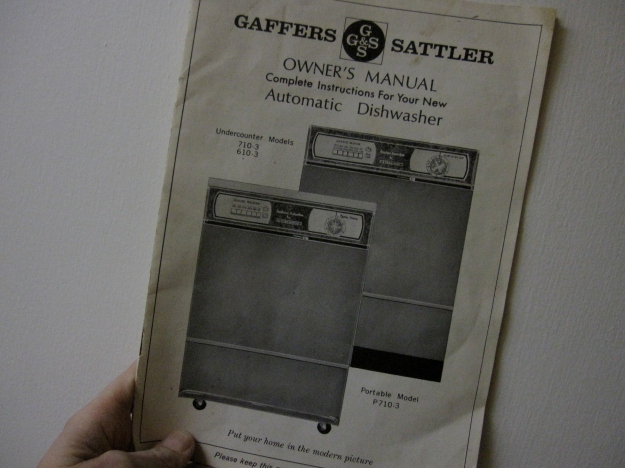 At which point, of course, it represented the apex of domestic accomplishment. Or so it seems: 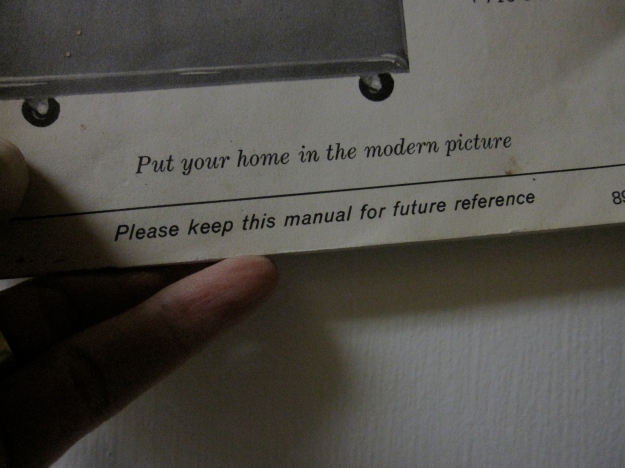 And look at these fingernails. They scream fifties! 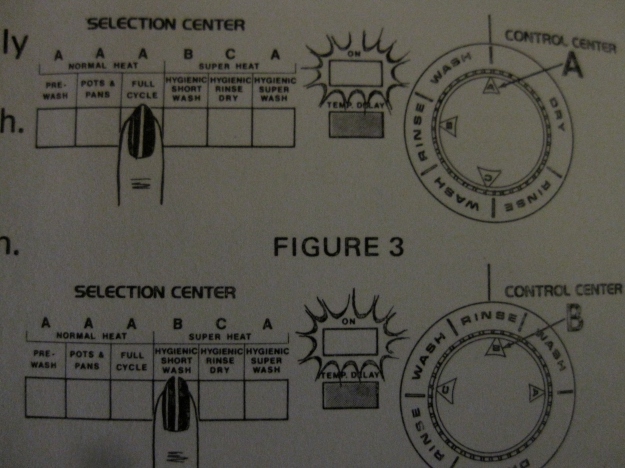 The G&S uses — wait for it — sixteen gallons of water per wash. If, that is, you’re using the “Hygienic Super Wash,” (otherwise known as “the only one that has any effect.”) My dad recently bought a Bosch dishwasher. I think it was $1500. It uses four gallons of water per wash. It “likes” food to be encrusted on the plates. This makes it work better. It holds the silverware in gentle plastic fingers, caressing each fork and spoon individually with filtered, temperature-controlled, ultrasonic jets. It hums at a decibel level so low it is indiscernible to the dog. Who, to be fair, died several years back. My dad’s dog, that is. Still.

All I know is, I want a Bosch. I want to “put my home in the modern picture.” Hell, I want fingernails like the lady’s in the manual. But I don’t have any of it. Certainly not the nails. And with the amount of time I spend scraping ossified, super-hygienically heated food from my “clean” dinner plates, I’m not gonna have them any time soon.

9 thoughts on “Rack to the Future”