I am that person, at the movies, who turns and glares murderously at the wrapper-crinkling schmuck in the row behind me. Or I was. Back when I got out.

I have a bit of an audio-sensitivity. Loud chewing, incessant small-dog barking, thunderous drumming in small, cacophonous rooms — these things make me homicidal. Or suicidal. Depending on the time of the month. And I think my daughter has inherited my noise issues. She, too, really likes her quiet.

So you can imagine that pre-school is a bit of an adjustment for both of us. With its 25 kids, three teachers, five parents (it’s a co-op), two chickens, ( a co-op near Mt. Washington), and one turtle, (OK, he’s pretty quiet), MJ’s school is many things, but serene is not among them. It’s kind of mayhem, in fact. Organized, certainly, but mayhem nonetheless. I think we’ll get used to it, but for now there are moments when I feel really overwhelmed. I can only imagine what MJ is going through. Sometimes I’m terrified that she hates it. That she thinks I have betrayed her by bringing her there. That I have broken some fundamental bond of trust by dragging her out from our “sacred stillness” into this wellspring of chaos. I know, totally melodramatic. They didn’t call me Sarah Bernhardt as a kid for nothing.

Still, there are times — at the lunch table, for example, when all around her are spilling water, yelling kids, flying food, squeezing bodies — when I feel terrible that I have brought her here. I want to burst into tears. At home, she eats in relative silence. This? It’s not dinner. It’s just a din.

But I know. I can’t do anything about the noisy, messy world she’s merging into. I get this.

I can, however, give her plenty of space and tranquility on the days we have a break from it.

So this morning — a non-school day — we went back up the hill to the Self Realization Fellowship. (After Target. Diapers, alas, still trump all spiritual needs.) For one hour, we walked the paths, poked at moss, put our fingers in waterfalls, listened to the hawks shriek, and smelled peach-colored roses. Of talking, we did very little. Although Myra-Jean did wax nostalgic about the last time we’d come:

“Remember, Mama? We had lots of creatures. I played with them by that fountain. We petted an orange cat.”

All true. It was five months ago, but felt, to me, like longer. We’d discovered a small, quiet courtyard framed in lilies and yucca trees. There was a wee pond, a friendly gardener deadheading flowers, and an elderly orange tabby rolling on the warm slate. Her name? Maybe Tiffany. MJ alternately chased her and played with the dozens of plastic animals she’d stowed in the diaper bag. It was a good afternoon, on a very good day. One of many.

MJ declared, now, that she wanted to see the cat again. We found the courtyard. It was the same as I remembered, but different, too: there were new coy in the pond, fewer ravens in the trees, and an entirely different set of flowers in bloom. The sweet, chained-off little bridge was still there. But no cat.

Finally we saw her, from a distance. She was down below, on a path marked “Private.” When we moved towards her she hobbled away. In seconds she was gone, around a bend, to a patch of sunlight out of our reach.

“I think,” I said, brushing hair from MJ’s eyes, “we’re not going to get to visit with the kitty this time.”

She looked at me with great disappointment.”Why, Mama?”

I shrugged and smiled wistfully. I started to say “Well, sweetie, you can’t step into the same river twice,” but realized that that would just lead to questions: “Why? Which river? Why do you step in it?” MJ is smart, but metaphors are still a bit lost on her.

Instead I simply said “It’s a different day, my love.”  And it was. Very different, indeed. 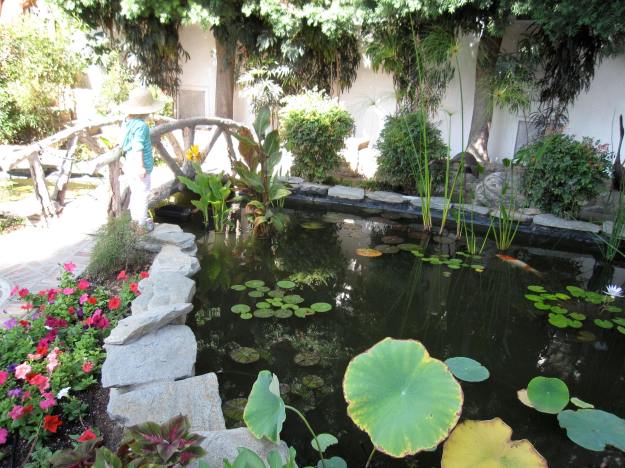 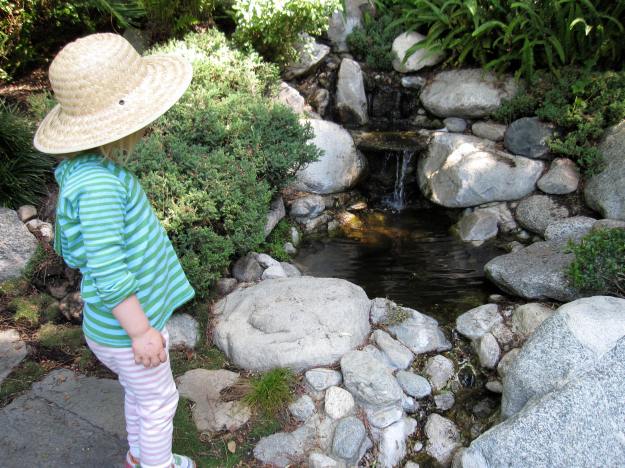 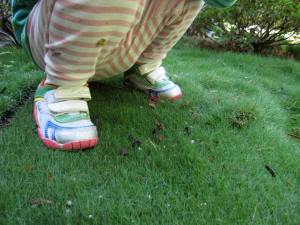 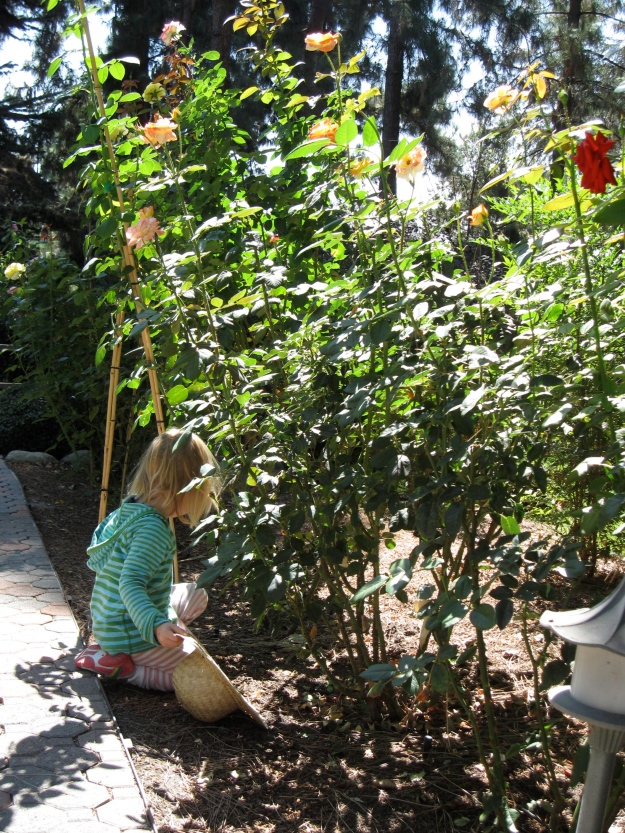 5 thoughts on “The Same Mountain, Twice”